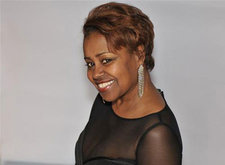 Diane was born and raised in Minneapolis. She graduated from North High in 1966.

After graduation she attended St. Olaf College in Northfield. Diane then relocated to California and later to Las Vegas five years ago. Diane always wanted to be a teacher and did teach music for a while.

However, being inspired by her sister, Shirley Witherspoon, Diane began pursuing her own musical career. Her gift of singing inspired people around the world from Moscow, to Dubai, India, Japan, Chile, Africa and more. She will be missed by so many.

Diane was preceded in death by parents, Harvey and Frances Witherspoon, and siblings, Gloria, Shirley, and William.

A memorial service will be at Zion Baptist Church, Minneapolis, on January 7, 2017 at 1 pm.