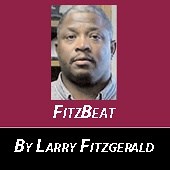 These events in sports were covered by me this year. I was there and saw it with my own eyes.

The Timberwolves finished 29-53, missing the playoffs for the 12th straight season. They fired Sam Mitchell as interim coach even though the team improved from just 16-66 the previous year under the late Flip Saunders.

Golden State at 73-9, an all-time NBA regular-season best record, lost the NBA Finals in seven games to Cleveland. With Golden State up 3-1, LeBron James delivered Cleveland’s first championship of any kind in 52 years with a clutch game-seven performance.

Minnesota let a chance to repeat as WNBA Champions get away in an incredible game five heartbreak at Target Center, losing to Los Angeles when WNBA game officials allowed the Sparks’ late basket to count after a clear .24 second violation. The WNBA blew a great opportunity before 19,000 fans and a worldwide audience due to using minor league officials.

The Gophers football team, after an 8-4 season under first-year Head Coach Tracey Claeys, suspended 10 players for alleged sexual violence. After an investigation, police filed no charges and no one was arrested.

All 10 players suspended by U of M President Eric Kaler were Black. The entire team later announced a planned boycott of the 2016 Holiday Bowl in San Diego, then later changed their minds and dropped the boycott threat.

U.S. Bank Stadium, at a cost of $1.2 billion, opened as planned — the incredible new home of Vikings football. The team charged top dollar for season ticket and suite holders, and a private seat license was required as an investment before buying season tickets.

This was the first time any sports organization in Minnesota ever instituted a controversial seat purchase policy. The agreement promised some chances to enter a lottery for Super Bowl 52 tickets.

The Vikings started the 2016 season 5-0 before losing six offensive starters to season-ending injuries, including Teddy Bridgewater, Adrian Peterson and Matt Kalil. They traded future first and fourth round Draft choices with Philadelphia for quarterback Sam Bradford.

Head Coach Mike Zimmer battled health issues also, requiring four eye surgeries for a detached retina in his right eye. He had to miss one game and was forced to wear an eye patch when he returned. The 7-8 Vikings lost 38-25 at Green Bay, joining a select group of NFL teams to miss the playoffs after a 5-0 start.

The Twins had their worst season since moving to Minnesota in 1961, going 59-103 dead last in MLB. They fired Terry Ryan as general manager.

Gopher men’s basketball, like the Twins, were awful under Richard Pitino in his third season. His team finished 8-22.

Larry Fitzgerald can be heard weekday mornings on KMOJ Radio 89.9 FM at 8:25 am, on WDGY-AM 740 Monday-Friday at 12:17 pm and 4:17 pm, and at www.Gamedaygold.com. He also commentates on sports 7-8 pm on Almanac (TPT channel 2). Follow him on Twitter at FitzBeatSr. Larry welcomes reader responses to info@larry-fitzgerald.com, or visit www.Larry-Fitzgerald.com.