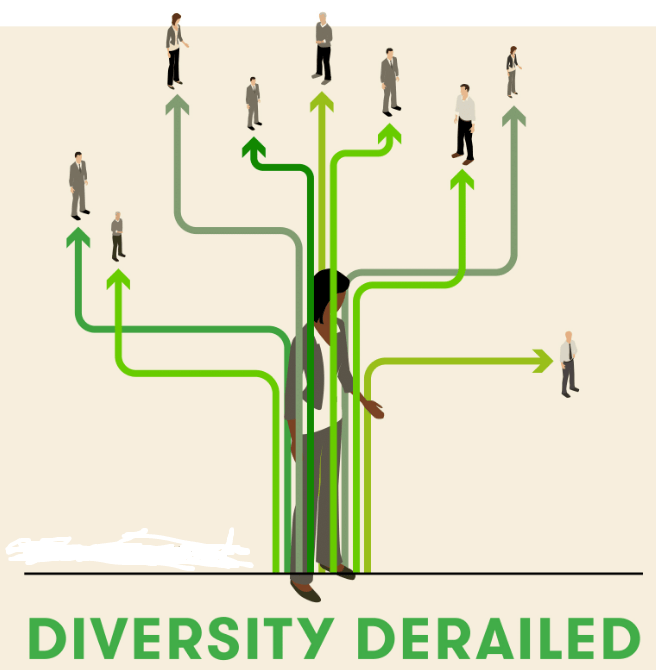 Diversity at the leadership level in the environmental sector remains low despite a high proportion of well-educated and qualified people of color in the United States, according to a report recently released. The problem: systemic bias in the hiring process, but also environmental organizations’ unwillingness to mandate diversity when using a search firm.

Diversity Derailed: Limited Demand, Effort and Results in Environmental C-Suite Searches, produced by Green 2.0, found that nearly 90 percent of search consultants that are frequently used by mainstream environmental non-governmental organization (NGOs) and foundations have encountered bias on the part of the organizations using them during their search for senior-level positions.

Search firms often hold the key to diverse hiring in executive positions. The question now is how organizations can use search firms effectively.

According to Green 2.0’s report, most search firms allow their client organizations to take the lead in terms of whether or not they’re interested in mandating a diverse slate of applicants. If a client does not mention that diversity is a priority, less than half of search firms report mandating a diverse slate. Notably, only 28 percent of environmental NGOs and 44 percent of environmental foundations mandate that there must be some sort of diversity represented on their short lists for candidates.

The result? People of color account for just 12 to 16 percent of the staff at mainstream environmental organizations. And there’s even less diversity in upper management, according to Green 2.0 executive director Whitney Tome. The methodology used in the study includes surveys and in-depth interviews of 85 executive managers, hiring directors, and search consultants in the environmental field.

University of Connecticut Associate Professor of Sociology Maya Beasley, who authored the study, says that while there has been an increasingly diverse constituency in the United States, there has been a limited effort to address why environmental organizations are still racially homogeneous. “This [study] is one of the few to examine the specific organizational practices that show workplace inequality, not only in the environmental sector but in any sector or industry,” Beasley says. “And it is the first study that solely focuses on the efficacy of search firms on the practices that they employ to increase diversity.”

Although nearly three-quarters of NGOs and foundations could identify benefits associated with diversity in an organization, most admitted to having trouble diversifying, particularly at senior levels. Their reasons include that their organizations “do not have a culture of inclusivity,” that there is always a “bad cultural fit for applicants of color unrelated to their qualifications,” or that the people of color that they do recruit are “not well known so members of the search committee may be reluctant to support their candidacy.”

But even beyond culture, nearly half of NGOs and one-fourth of foundations “agreed that there are not enough qualified [people of color] applicants.” On this, many environmental advocates and academics do not agree.

“I can attest to the growing qualifications of people of color,” says Michelle DePass, dean of the New School’s Milano School of International Affairs and director of Tishman Environment and Design Center. “We have a large pool of highly educated candidates. The environmental leadership has still been White; that should not be so in the 21st century.”

According to Beasley, it may be a long journey to fully achieve diversity at the leadership level in every sector, but it should start with major players in each organization. “What I’d like to emphasize is that the solution is not to take the bias out of people, that doesn’t work. Instead, what we want to work on is minimizing the impact of bias in searches, and it will work with organizations thereafter.”

The study came up with several recommendations to increase diversity in leadership hiring:

“The nonprofit sector is the third largest workforce in the world, after retail and manufacturing,” said Patricia Hampton, vice president and managing partner of Washington, D.C.-based Nonprofit HR. “But, unfortunately, we [people of color in NGOs and foundations] often have the quietest voice.”

Thanks to Anthony Advicula and New America Media for sharing this story with us.