The new Kremlin in the West 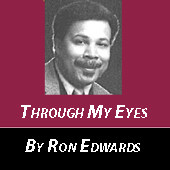 Black Media faces many challenges in 2017. Success or failure in Black America will depend on the following:

The victory by Donald Trump provides a great challenge for the next four years. Black journalism has to decide whether to hide with the White mainstream as it establishes its Kremlin of White journalism, advocating for one political party, leaving unanswered the question of Black journalism: will it advocate for education, jobs, housing, public safety and economic development in our inner cities and suburban communities?

We know some will not like the word Kremlin in this narrative, but mainstream journalism has become like a Kremlin in America (a Kremlin is a major fortified central complex in historic Russian cities, the most famous Kremlin being in Moscow).

Will writers understand their mission and resist the offers of career bribes, and restore the rich and long history of Black journalism, which is the history of the Minnesota Spokesman-Recorder? This will truly be a test for the Black Fourth Estate in America. Let’s have no more lazy or yellow journalism. Fake news cannot be the order of the day within the Black Fourth Estate, including the fake news panels on mainstream television.

Let’s not replace hard work in the Black Fourth Estate with backsliding, slanting, and excuses. As 2016 comes to an end, an assessment must be made to develop a workable news gathering/reporting strategy for the next four years. We have heard of no discussions of this.

Many White and Black news media seem to have joined with the Clinton Camp, still reeling at being stunned by the greatest electoral upset since Truman beat Dewey in 1948. We were not (see our blog of November 8, 2016).

The new administration will take the mantel of power at noon on the 20th of January. Let us not forget Article 2 of the constitution as Black America’s Fourth Estate must be ready and dug in to keep the masses of Black America accurately informed about how the political landscape impacts our communities.

The threats to America’s democratic institutions are real. Vladimir Putin has long had friends in the Western Kremlin, as do others countries intelligence services that hacked into both party’s servers in the hope of interfering in the American election. Some say Putin is not a friend of the West, but on January 20, 2017 we will see how cemented or not he is with the new administration, as suggested even by two Republican Senators, John McCain of Arizona and Lindsay Graham of South Carolina, as they call the Trump administration to stand in the well of the Senate to explain. All Americans are owed an explanation of all long-term foreign relationships.

The president-elect said he would do much for America’s inner cities. We will hold him to that, and by development we don’t mean White gentrification and construction through Black displacement.

The Black Fourth Estate must be in the forefront of defending America’s future, as it must put its journalistic examination at the forefront in reporting on the future of the least of our citizens. Black America cannot afford journalistic laziness, pretense and fear in 2017. We must stand tall. We must be vigilant. We must be prepared to defend the Constitution of the United States of America.

God bless you and protect you this Christmas Season and throughout 2017.