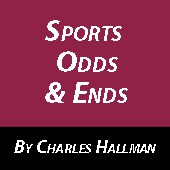 Now in his fifth NBA season, Draymond Green has his name forever linked with some of the game’s all-time greats.

The 6’-7” Golden State Warriors forward earlier this season recorded his second-straight triple-double performance in a game against Sacramento, becoming the first Warrior since Wilt Chamberlain in 1964 to do so. Last season Green joined Chamberlain, Larry Bird, Oscar Robertson and Elgin Baylor as the only NBA players ever to have at least 29 points, 17 boards and 14 assists in the same game.

To say the player is a stat sheet stuffer is an understatement. “Our system is unique,” noted Green last week to the MSR after a win against Minnesota.

This reporter tries to make sure the schedule is clear to catch Golden State in action. They look even better in person. We first talked to Green, a 22nd-round pick out of Michigan State, a couple of years ago. At that time we learned that we had a couple of things in common — both of us are native Michiganders, Green from Saginaw and the state’s largest city for me, and both of us are Spartan alums a few decades apart.

More importantly, we both like how Green and his current team play, a move-the-ball-around offensive flow rarely seen in the NBA. He’s part of this year’s number-one lineup based on net rating (the difference between offensive rating and defensive rating), and top-ranked lineup with the highest pace (109.96) of any lineup in the NBA — and third-best lineup this season as well.

Green leads the Warriors in assists, a stat normally reserved to backcourt players. “I always have been comfortable with it,” he said when asked about his guard skills. “My role has expanded and I have been doing it more.”

He also leads the team in steals — Golden State leads the league in team deflections (getting a hand on the ball on a non-shot attempt) at almost 20 each game, and second in contested shots (closing out and raising a hand to contest a shot before it is released), nearly 69 a game. For a team more known for its offensive prowess, “When we get stops, that’s when our offense really clicks,” said Green proudly.

A year removed as defending champs, Golden State unfortunately were crowned villains during the off-season after Kevin Durant signed as a free agent. “We didn’t pay that much attention,” recalled Green. “We joked about it, but other than that no one is going to tell us or make us what they want us to be. We are who we are and play the way we play.”

Same for Green’s on-court reputation, which took a big hit during last season’s playoffs because of his rough play. However, like him or not, Green gives a maximum, never-give-up, take-no-stuff effort each night he plays. It’s a style that often rubs opponents and opposing fans the wrong way, but Warriors fans and this reporter have no qualms with it.

“I’m from Saginaw,” concluded Green. “I have to be tough. If softness is around, toughness will be criticized in this day and age. But I don’t care.”