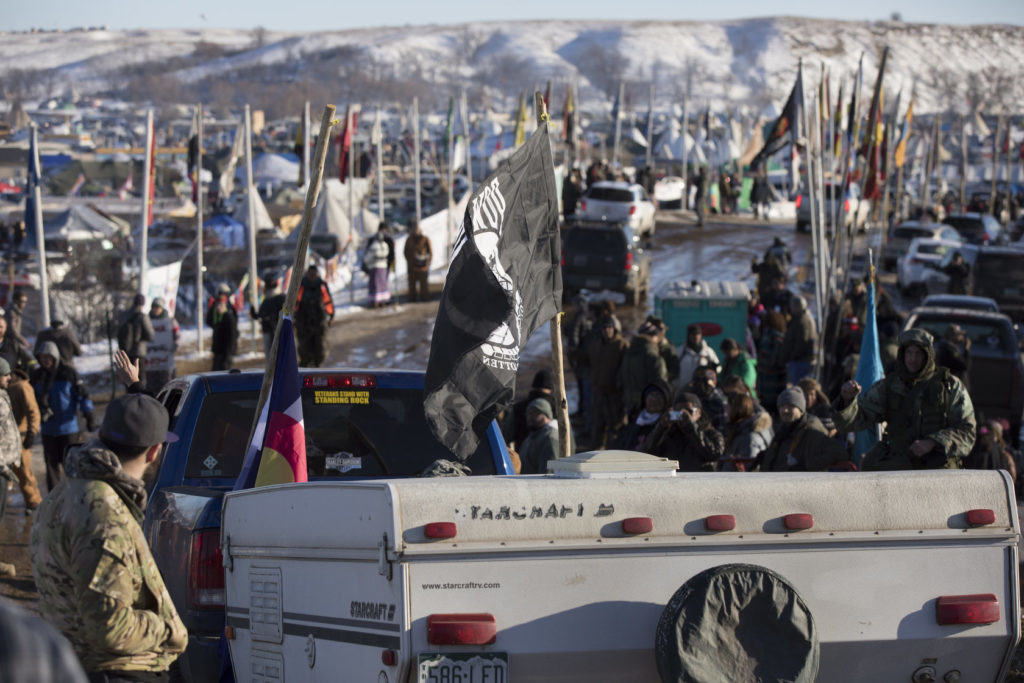 The Standing Rock Sioux celebrated a victory on Sunday, December 4 when Jo-Ellen Darcy, the U.S. Army’s assistant secretary, announced that they would not be approving the easement that is required for Dakota Access Pipeline (DAPL) to tunnel under the Missouri River. Darcy mentioned they plan on doing an Environmental Impact Survey as well as “explore additional routes for the pipeline crossing.” 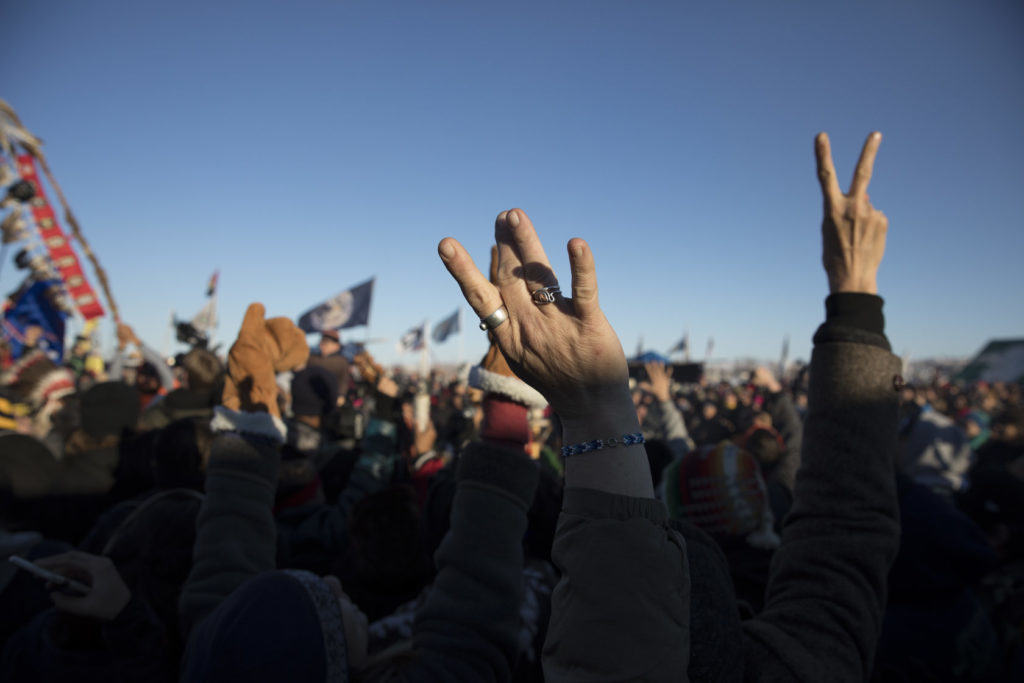 The news came and ended with much celebration when Dave Archambault II, the vice chair of the Sioux Tribe, told protesters “You can go home to your families,” stating that they had won.
Shortly after this announcement, Energy Transfer Partners, the company behind DAPL, announced that they planned on continuing the drilling, stating that the Army announcement was “purely political.” They said they will pay the $50,000-a-day fine and continue work on the pipeline. 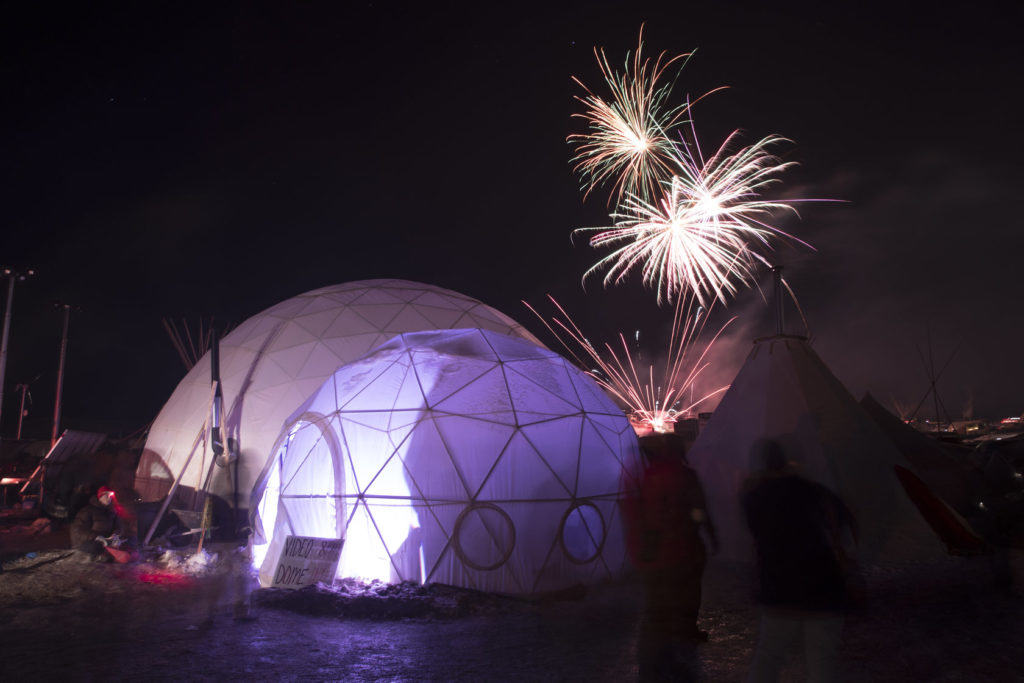 With these announcements, some people at the camp felt that they are being forced to leave after months invested in this occupation. Many disagree with Archambault, stating he wanted to make peace with the police after the use of force and violation of civil and human rights. Reports of violations resulted in the United Nations and Amnesty International sending officials to investigate the claims. 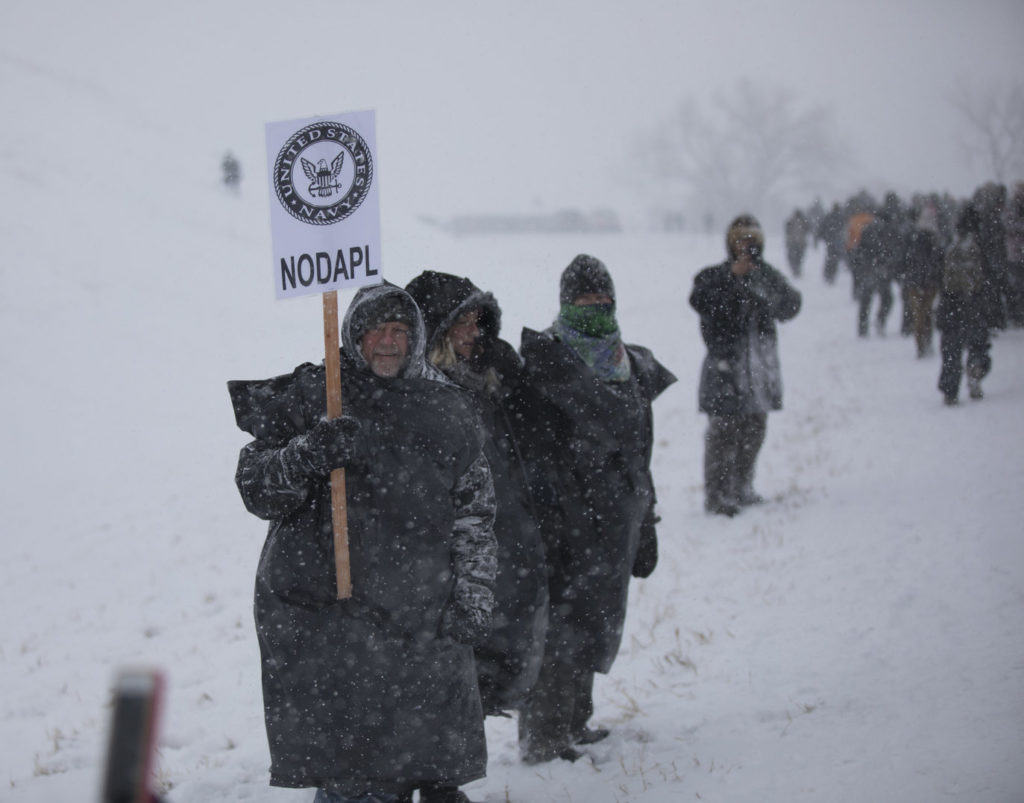 With Energy Transfer Partners planning on continuing without the easement, people at the camp feel it’s not the right time to be asking non-Sioux to leave. As winter sets in, the story will continue to unfold, and only time will tell what happens with the pipeline.

Photos and caption by Chris Juhn.