Gentrification and consumerism have destroyed the character of my favorite American haunts, like North Beach, Berkeley, Venice and Aspen. — Tom Hayden

I prefer to use the word “displacement” because it drives home the end result of gentrification: someone loses their home and their community. — James Tracy 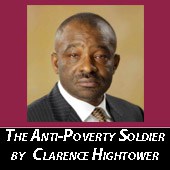 The first quote above by the late California state senator and 1960s activist Tom Hayden speaks in large part to how gentrification has desecrated the ambiance and allure of some of America’s more inimitable spaces. The gentrification of the Uptown neighborhood in Minneapolis might be considered a local analogy to the settings that Hayden cites.

While I imagine that both low-income residents and small business owners have suffered as a result of gentrification in these aforementioned areas, such cultural hubs are generally not seen as poverty stricken. That said, plenty of poor neighborhoods are also meccas of culture and possess character, history and pride, all of which are at risk when gentrification begins to take hold.

Moreover, gentrification in low-income communities threatens the homes, community institutions, livelihoods and very legacies of its residents, many of whom have laid down roots for generations. This is what the second quote by James Tracy, author of Dispatches against Displacement: Field Notes from San Francisco’s Housing War is attempting to address. While some associate gentrification with social and economic progress, Tracy rejects this positive connotation in favor of the word displacement.

As is the case in a number of American cities, the issue of gentrification has been center stage in the Twin Cities for several years. It has also been the subject of several Anti-Poverty Soldier columns dating back to 2014.  The advent of light rail connecting our two downtowns, the proposed construction of a Major League Soccer stadium in the Midway district, and numerous other development projects throughout Minneapolis and St. Paul have fueled this discussion.

Even before Metro Transit’s Green Line Train was operational, several studies explored its potential to foster gentrification, including reports by Macalester College’s Department of Geography and the University of Minnesota’s Center for Urban and Regional Affairs (CURA). Much of the expert analysis pointed out that it might take some time to accurately assess the impact of these new development initiatives on low-income residents.

Others suggested that the gentrification taking place in the Twin Cities would not have the same detrimental effects on the poor and communities of color as it has had in cities such as Portland, Denver, San Francisco, Atlanta, and Washington, D.C. Yet, if I can borrow a word from James Tracy, the “dispatches” coming from the street seem to indicate otherwise.

In November this year, CURA presented its preliminary report of the level and effects of gentrification in the Twin Cities in recent years. In Minneapolis, for example, the study reveals that more than one-third of low-income neighborhoods have been gentrified since 2000, adding that housing costs are growing considerably less affordable for residents in these areas.

Most affected by this trend is the African American community. Dr. Edward Goetz, professor at the University of Minnesota’s Humphrey School for Public Affairs and the director of CURA, recently told The Minnesota Daily that “The city has disappeared for African Americans in terms of affordability during this time period.” It should also be noted that even before construction on the light rail line was completed, rents began to rise along St. Paul’s central corridor, which also disproportionately affects people of color in neighborhoods such as Thomas-Dale and Summit-University.

In more than one column on this subject, I have used Portland, Oregon as a case study on how gentrification can decimate a community. The people who grew up in St. Paul’s Rondo neighborhood also understand this well. Since the 1980s, nearly 70 percent of Black Portlanders have been displaced from the city’s historic African American community in the name of progress.

In spite of what many consider a grave injustice, there is a plan to generate what Portland city officials are calling a “right of return.” The Oregonian reports that “At least $96 million will be used over 10 years to build apartments, preserve other buildings, help families stay in their homes, and help others buy back into the 3,990-acere Interstate Corridor urban renewal area of North and Northeast Portland.”

In fairness, Oregonian columnist Andrew Theen adds that this endeavor cannot undo “decades of displacement” and “the destruction of entire neighborhoods.” Still, maybe it’s a start. As other cities grapple with similar issues, wouldn’t it be pertinent, and perhaps even logical, to promote urban renewal projects that benefit urban residents?