Is this the beginning of greater team diversity? 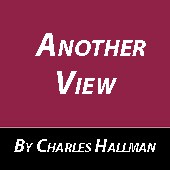 A non-shopping “Black Friday” took place at the Minnesota Twins ballpark last week when it was announced that three of four new hires are Black. This comes on the heels of our criticism of the Twins’ on-field and off-field diversity efforts, or lack thereof, a couple of columns ago.

It is “an exciting time in the organization,” proclaimed Executive Vice President and Chief Baseball Officer Derek Falvey in hiring former Twins Torii Hunter and LaTroy Hawkins along with former teammate Michael Cuddyer as baseball operations special assistants, and then hiring James Rowson as the team’s new hitting coach — all in a five-day span last week.

The MSR last week participated in two media conference calls that included Falvey, Hunter, Hawkins and Rowson among others. We asked them about the team’s new diversity infusion.

“We know diversity is important for the game,” noted Rowson, who was the New York Yankees’ minor league hitting coordinator for the previous three seasons. He also has been a hitting coach for the Chicago Cubs (2012-13) and worked in the Los Angeles Angels’ organization as a minor league hitting coach (2002-05). “I feel fortunate to have the opportunity to work with the Minnesota Twins.”

“I want to thank him for taking on this challenge,” said Falvey of Rowson.

Hunter (1991) and Hawkins (1993) both were drafted by the Twins. The two retired players “will ultimately be responsible for serving as a resource for players and coaches in the mental and fundamental aspects of the game,” said a club press release. “They will work…to ensure development in player understanding of culture, talent evaluation, and organizational vision.”

Not since the late Kirby Puckett, who had a front-office desk but with little to do, have the Twins brought in former U.S.-born Black players with upstairs roles in the organization.

Falvey last week reiterated that he didn’t bring back Hunter and Hawkins just for old times’ sake. “This is close to a no-brainer,” he said. “The perspective and experience that they bring is impactful.”

On the Twins’ diversity efforts past and present: Noted Hawkins, “When we were there [as players], it was Torii, myself, Jacque Jones, [Shannon] Stewart — there were six African Americans on one team — almost every position player was a minority. We don’t talk about that as much.

“It’s not like the Twins are opposed to having African Americans on the team. When guys are good enough and do well, they will get their chance to play in Target Field.”

Hunter pointed out that improving the organization’s diversity “already started” with hiring him and Hawkins. “I definitely think it’s changing, especially here in Minnesota. What Derek and Thad [Levine, Twins general manager] did was bring in two African American former players into the front office and give us a chance to learn every side of it — the managerial side, the coaching side, the front office side — and give us the opportunity to grow. I have to commend those guys for doing that. It has definitely changed in Minnesota, starting today.”

“Diversity is important to us,” said Falvey. “It’s important to [owner] Jim Pohlad [and Vice President] Dave St. Peter, and we’ve made a commitment to that. This is one step in that direction, and it won’t be the last step.

“There will be other steps,” said Falvey, “but when you bring in senior voices and senior leadership voices that have diverse backgrounds — diversity in thought and diversity in experiences — that’s important for us. And we are going to make a commitment to that. This is one step in that direction.”